When Team USA’s selection of shots was put up on the screen, we were overwhelmed to see one of the judges gave us a perfect Ten! Our team had an aggregated score of 36, which earned us the first place in the Global Championship category. Three Americans got together to take the top prize that year. Renee Capozzola tells how they did it. 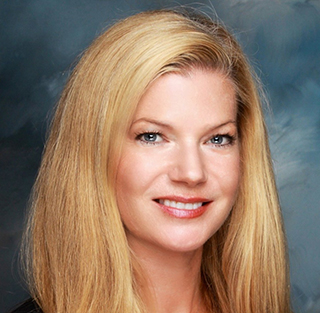 I’m a biology teacher from Los Angeles, California and I shoot underwater with a Canon 5D Mark III in a Nauticam housing. The idea of the team event is to demonstrate a wide-ranging virtuosity in underwater photography – a challenge that was not to be underestimated.
In 2016, I joined forces with two very experienced and highly-awarded photographers, Ron Watkins from New Hope, Pennsylvania, and Jeff Milisen, a working diver at an aquaculture tech firm and living in Kona, Hawaii. Ron shoots with a Nikon D850 in a Nauticam housing, while Jeff shoots with a Canon 7D Mark II in an Ikelite housing.

Together we formed an American team for the Global Championship category of the 2016 World Shootout and our plan was to create a diverse portfolio from existing shots we had, with each of us offering our best efforts. Jeff is known for his black-water shots, me for my split-level shots, and Ron for the orca image I knew he had, plus another image that would round out our collection.
Selecting the Winning Six Pictures
Once we were all on board, and agreed to be a team, we started the image selection process, choosing ten to twenty of our own best images, and putting them into a combined folder for review.
We then examined each other’s images and discussed what we liked and didn’t like about each one. Spread about the USA in different locations as we were, later on we had a video conference call, organized by Ron, in order to make the final selection.
Picking the top two images from each photographer was much harder than we anticipated. Other than Ron’s rather unique shot of a mother and baby orca from the Galápagos, we each had differing opinions of the other five shots to be chosen.  After some extended deliberation, we decided to go with Ron’s jellyfish picture, two of Jeff’s black-water shots of not-often-observed tiny critters, and two of my sunset split-level shots – one of sharks and one a turtle. 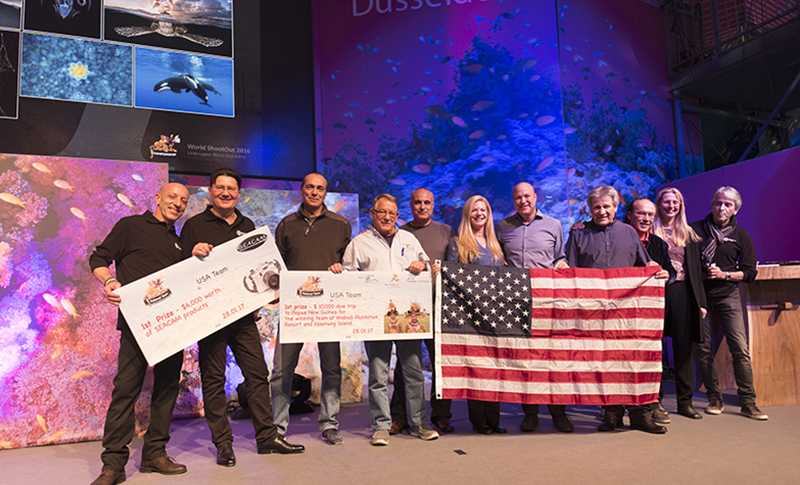 Awarding the Champions with a US$6,000 voucher from Seacam and three trips to Papua New Guinea,
with  Walindi Resort and the Lissenung Resort.

Within a short period of time after submission, we were agreeably surprised that we had made the semi-finals and then delighted to reach the finals.  Both Ron and I learned the news while we were together on an underwater workshop trip to Cuba with Amos Nachoum and Amanda Cotton of Big Animals Expeditions, so once we made it back to port, we were delighted to hear the news and share it with Jeff.

Ron and I later decided to attend the Boot show in Dusseldorf for the awards ceremony. Making that decision to attend at the last minute, Jeff was unfortunately unable to join us, but he was not far from our minds.
The final judging took place during the awards ceremony, when all five finalist’s portfolios were presented and given a score by each judge. When Team USA’s selection of shots was put up on the screen, we were overwhelmed to see one of the judges gave us a perfect Ten!  Our team had an aggregated score of 36, which earned us the first place in the Global Championship category, along with a US$6,000 voucher from Seacam presented by Harald Hordosch, and three trips to Papua New Guinea, sponsored by Walindi Resort and the Lissenung Resort.
Competing in the 2016 World Shootout as a team of three – and winning – was an amazing and unique experience! Thank you to David Pilosof and all the contest organizers and judges for putting together such a well-organized and fantastic competition year after year!
Six Winning Images
Renee Capozzola
Renee Capozzola
Ron Watkins
Ron Watkins
Jeff Milisen
Jeff Milisen
Share

Salute to the Sockeye Salmon
Nicolas the Great